Do you feel Australians have been sheltered from the GFC for too long ? 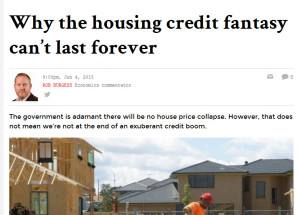 For over 25 years Australia has seen massive growth in its economy and in spite of the ‘Global Financial Crisis’ the Australian Economy has somewhat remained isolated from everything else that is happening around the world. Employee entitlements Australia are much more than other countries. Free Coaching

But only just. With the slowing down of the mining boom we see huge number of people being retrenched leaving large gaps in our labor force now. Housing prices that have seen astronomical heights have come crashing down in many a mining town leaving investors at the mercy of lenders.

25 Years ago housing debt was at its lowest around 20%. This has climbed to around 90 percent in recent years due to the high wages our labor force received in mines around Australia.

But that’s not in itself enough to drive the stock of housing debt from 20 per cent of GDP in 1990 to around 90 per cent today. That huge run-up in debt was based on a number of factors. We’ve had nearly a quarter of a century of positive economic growth, nearly a decade of booming resources prices and investment, a global credit bubble that did not deflate as much in Australia as elsewhere and – when the GFC threatened to halt the growth of housing credit – waves of federal and state government hand-outs to help first home buyers get onto the housing ladder.Taken from The News Daily.

Can this sustain the ways to motivate employees in the current financial environment we see around us with people losing their jobs?

To top it all off the new generation of worker now is straddled with more debt than ever before. He or she is living pay check to paycheck trying their best to service housing loans.

What’s forgotten in that long-term story is that each new generation has to direct an ever-larger proportion of their pay packets to servicing debt.

Australia’s re-balancing away from a heavy dependence on the resources sector comes at time when we must also re-balance away from a long property and credit boom.

That doesn’t have to mean a bubble will ‘burst’, but it does mean the end of an era in which Aussie pay packets were assumed to be able to service unlimited amounts of debt. If anything is bursting, it’s that fantasy. More info from News Daily on the housing crisis.

Australian will need to tighten their belts and live within their means. The days of six figure plus incomes may soon be a thing of the past.

The old ways to Motivate Employees has long gone- What Motivates Employees!

Don’t worry your full time entitlements can still be gotten. But you will need to work smarter. You will

People will need to look at how much value they can give their employers. Companies will still hire staff and will use performance based models at work to motivate employees. Base wages with structured ways to motivate employees to perform will be introduced at work. Unless you deliver you will not be paid your full salary you once saw. So though the staff entitlements on the surface would not seem to be there employment entitlements will be even more available for those employees who perform and deliver on time.

What may happen is that at first …

Change is apparent! We need to look for part time or casual positions within other companies as a back up plan, Plan B.

To survive in the new era to come we need to embrace change and look for the next horizon, the ‘Next Boom’. When one door shuts another opens as the saying goes. The opportunities will be there but people will need to re-skill and look else where while at the same time collaborate or network with others to bring in the bacon again.

If you found this article to be helpful do share